Tech Forecasting: Comments on 6 Years of Forecasts (3 of 7) 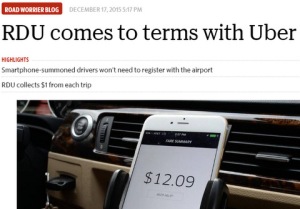 Over six years of prediction shows, when the hosts were right, they were very right.  When they were wrong, it was usually because they were too early or because of a surprise event in the area they were forecasting.  Most of the big misses weren’t really misses – they were simply areas outside of what the show normally covers.  There were four areas that stood out when reviewing past podcast tech forecasting claims.

This is obvious, but the wording of a prediction / claim matters a lot.  “The iPhone will be big!” is much less quantitative than, “Apple Watch will not meet its 10 million unit forecast.”  Bundling forecasts makes things complex as well – “The Nook will never be more than 5% of the sales of the Kindle” assumes that Kindle will grow, but that the Nook will never achieve parity in market share.

Who makes good predictions?  Over the course of the show back to 2010 there are some brilliant, highly accurate predictions.  Patrick Beja nails the Apple Watch.  Google Wave, RIM, Palm and many others were appropriately eulogized ahead of their deaths.  I could not interpret any pattern in who makes goods predictions about what field.

It did seem like experts in a field seemed less likely to make a comment about their area of focus.  JR Young – no comment on drones.  Patrick Beja – no comment on gaming.  Tom Merritt held off on Patreon prediction comments – even though he is arguably one of the world’s foremost experts on the platform.

Prediction structure appeared to matter more than the person making the prediction.

Predictions outside the area of the show aren’t often made.  As an example – SpaceX and Blue Origin both completed orbital recapture in 2015.

There were so many areas that were not forecast!  These Type II misses (error feels too harsh) – where a trend is occurring but there is no ability to forecast it, seemed very common.  There was never a forecast made around Tesla or electric vehicles (there was a prediction about a ‘big improvement’ in battery technology covering 2011).  No one predicted Uber.  Nothing about SpaceX.  No major predictions have been made about life science or medical technologies.

Forecasts about the start up community that is deeply tied to technology are few and far between. There is no mention of Unicorns.  There is one mention of a bubble – made by Sarah Lane in 2011.

For  the 2015 forecast show, DTNS 2397, that was published on December 31, 2014 there were predictions made about Uber related to their CEO and whether or not it would finally meet ‘general acceptance.’  I give that prediction a 100%, as Uber went from ‘not okay’ at my local RDU airport, to ‘okay’ over the course of the year.  However, Uber does not show up before that forecast.  Neither does the disruptive tethering of app infrastructure to transportation.

The bulk of the predictions made in the past shows are around the point at which technology becomes consumer ready.  This makes sense given that is what the shows cover every day all year long.  Many of the trends being forecast are at the cusp of end consumer adoption – the debate becomes, “is this the year?” or, “will this die before it fully matures?”

The crew correctly forecast all of the building blocks that let an Uber happen – the growth in the app store, the increased market share of the iPhone, even the fact that the iPhone itself would be the winning platform.  These trends were capitalized on by an Uber to pursue a market that is not a historical area of focus for DTNS.

To make use of these prediction shows to anticipate disruption, a few rules could be followed:

1 Response to Tech Forecasting: Comments on 6 Years of Forecasts (3 of 7)